Upon accepting to sponsor a child, we give you access to the children profiles so that you could choose a specific child you wish to sponsor. In the due term you always write letters to them and they too write to you

Child sponsorship is the most effective way to raise children out of poverty. Through our sponsorship program you can sponsor a child, sponsor a college student, or sponsor a home.

Child sponsorship allows you to witness the strength of your giving first hand. See a child rise up from an unthinkable past to a bright future because of your sponsorship.

Cherish Aid foundation( CAF ) is actively seeking funding from corporations in Kampala, and is also exploring the avenue of foreign based foundation grants.

If you would like to sponsor a child in our foundation, now is a perfect time to do so. If you would like to make a lump sum donation to Cherish Aid foundation, please visit our ‘Make a Donation’ page and we have a number of easy and secure ways for you do so.’ By visiting our ‘Activities‘ page, you will learn precisely what CAF projects require our focus right now, and you will have a very clear picture of how we will be using your donations. Lastly, click on the ‘Volunteering‘ link to find out more about what it means to be a volunteer at CAF.

One Dollar a day gives a child at Cherish Aid foundation the resources needed to get adequate care and an education.

Many children in Uganda have been orphaned as a result of the country’s HIV/AIDS epidemic and war in the nearby countries like Sudan and now as a result many orphans are living alone or with one of their extended family; this means that in every family there is an orphan living with them.

Some of these children are living on the streets of Kampala and other towns with no access to education, health care, shelter and feeding. As a result, many find their way into crime. That’s why initiatives like (Cherish Aid foundation) have been put into place, in order to assimilate these children into society and give the children vision, future prospects. We are making a real difference in their lives. We cannot ignore the plight of these children any more.It is time to accept our responsibility as a caring community and work to make a positive change in the lives of children 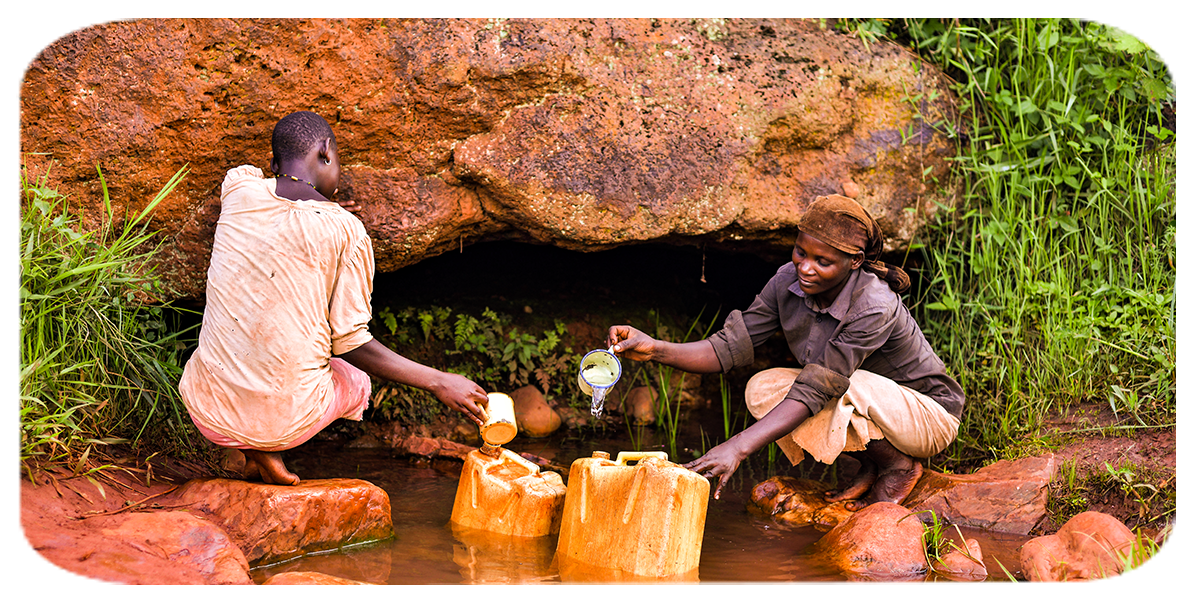 With our community outreaches, we empower various hurting communities in the further rural areas of Uganda. Join us and help create lasting impacts.

In this project we help communities with cleaning their water facilities for a good sanitation, good health and wellbeing.

In most cases, children get the disease by drinking unsafe water or coming into contact with contaminated hands — theirs or parents or caregivers — that have not been washed with soap.

Early childhood diarrhoea is not only deadly; it also contributes to Uganda’s high levels of stunting, which in turn affects children’s cognitive development and performance at school. In school, lack of proper sanitation facilities also leads to high absenteeism and dropouts, especially for girls.

Access to improved water and sanitation facilities does not, on its own, necessarily lead to improved health. It needs another step: there is now very clear evidence showing the importance of hygienic behaviour — especially hand washing with soap after defecating and before eating or preparing food — to health improvement.

Another key to reducing childhood illness and death is to stop using open fields or the bush as toilets. In Uganda, nearly a tenth of the population practices open defecation, and two thirds of households do not wash with soap.

It is poor people who carry the greatest burden of poor sanitation. The poorest 20 percent of the population is 13.5 times more likely to defecate in the open than the wealthiest 20 percent, according to the World Bank.